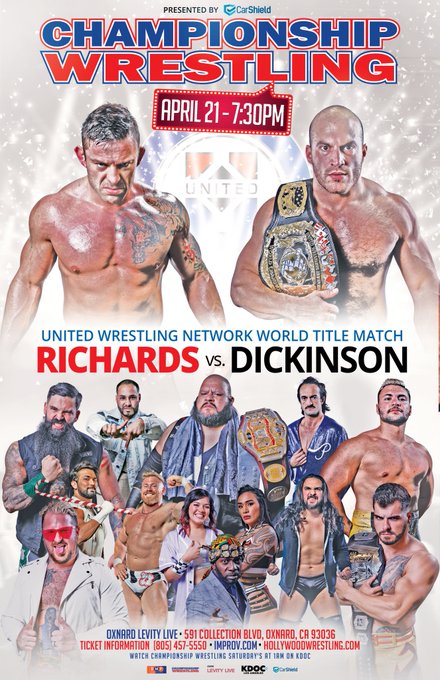 California-based United Wrestling Network are back with their 3rd event of 2022, with “Championship Wrestling.”

The event is aptly titled, as all four of their belts are on the line, making this an absolute clash of champions. The show will take place on Thursday, April 21st, at 8pm, with doors opening at 6:30. This will be an all-ages show, with at least 10 matches scheduled, including championship matches, women’s division matches, special guest appearances, and some extra matches that may not end up being televised. The event is sponsored by CarShield, and will be performed at the Oxnard Levity Live Comedy Club.

TICKETS FOR THE EVENT, CAN BE PURCHASED, HERE: ($25 for one adult, or booth for 4 deals at $75) https://ticketweb.com/event/united-wrestling-network-presents-championship-oxnard-levity-live-tickets/11965615?pl=oxnardlevity…

The current title holders, who will be defending those belts, are:

-Only 1 CONFIRMED match so far:

I will update the match card as more details become available.

Biff Busick, (known to many as “Oney Lorcan” from his NXT days) has signed on to do 5 shows for Game Changer Wrestling: March 31st 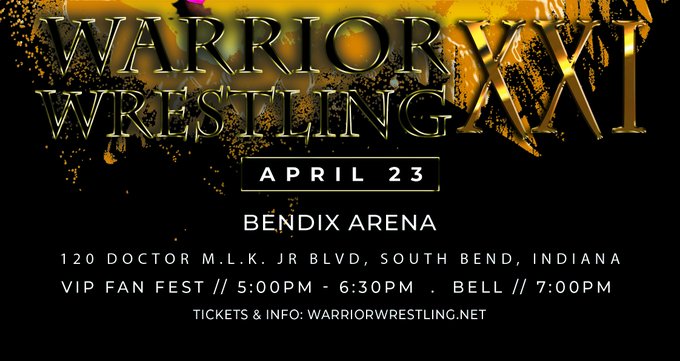 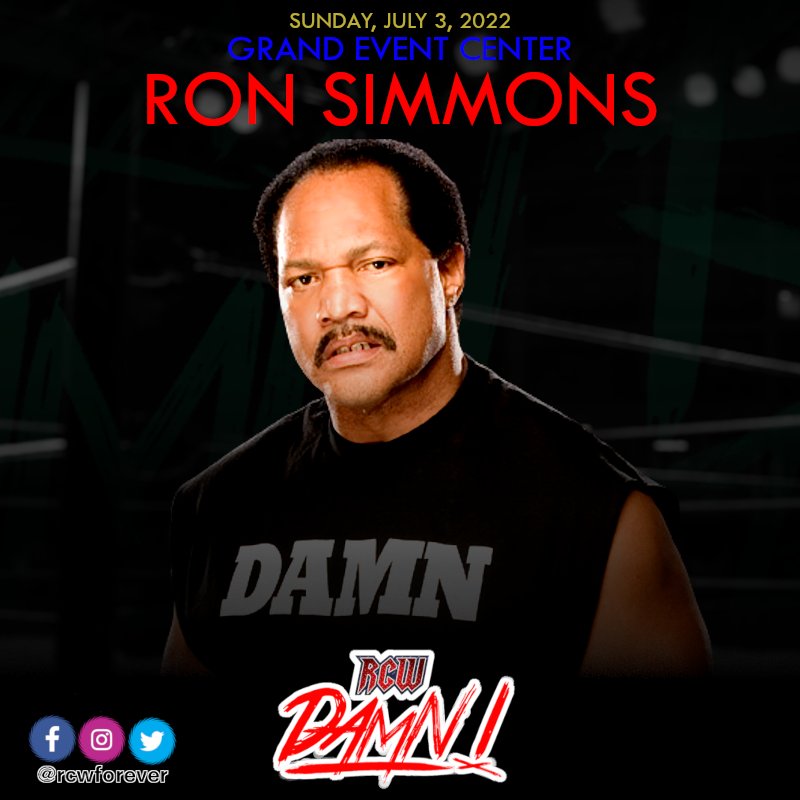 River City Wrestling have returned for their 5th event of 2022, riding the success of May’s “Bushwhacker.” The San Antonio favorites have compiled a one