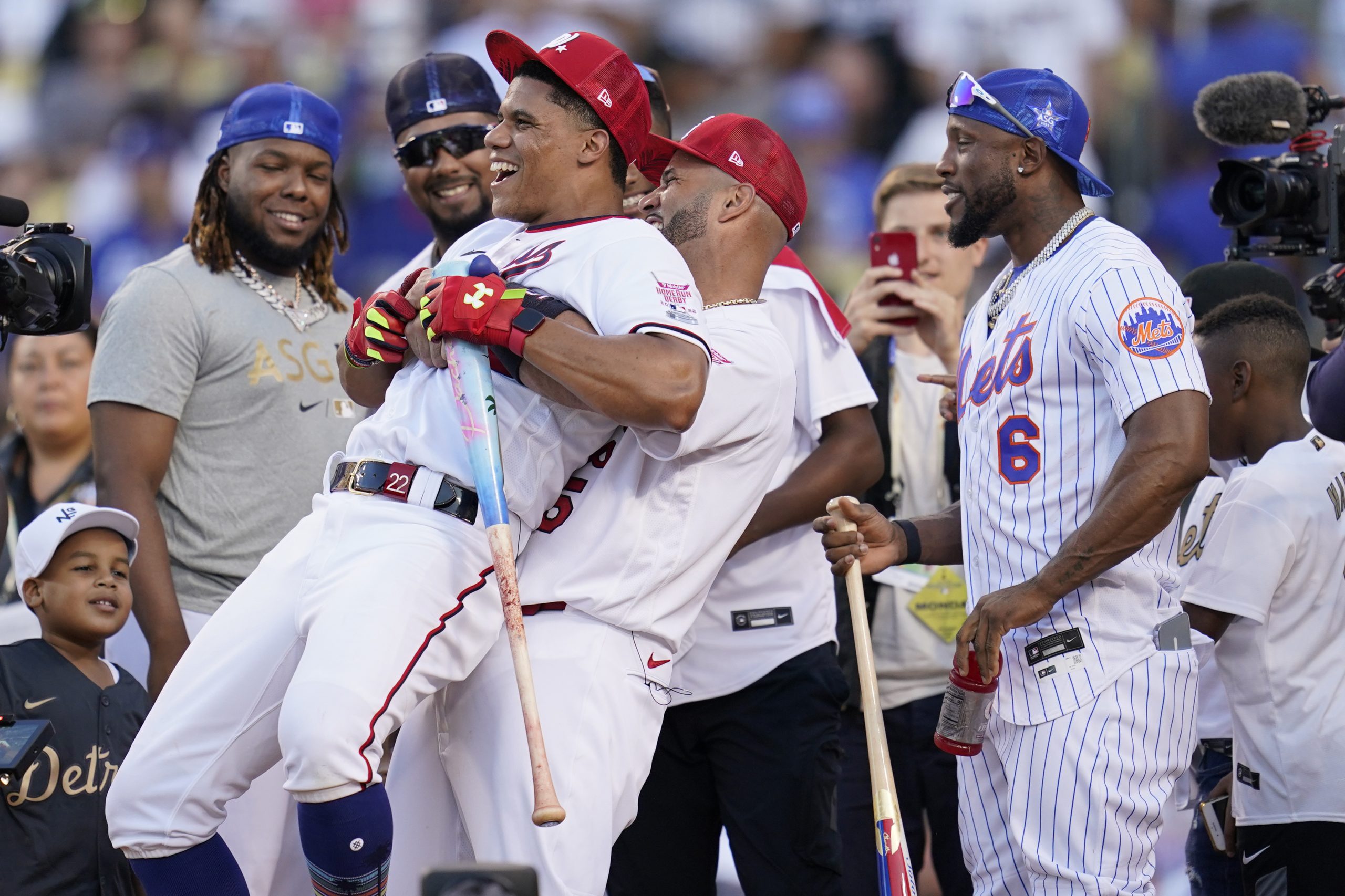 A funny thing happened the last week or so in St. Louis, MO. Most of the population became Minor League baseball experts. Every fan became an official scout of any affiliate team associated with the St. Louis Cardinals. So much so, that thousands of people think trading away a couple of minor league players for All-Globe Juan Soto is a bad idea.

I am starting with guys that are currently, or have been at big league level

Dylan Carlson: A skillful player. The closest thing the Cardinals have had to a “5-tool” since the late Oscar Tavares. The potential is there. Carlson finished third in the National League Rookie of the Year voting in 2021. Now, an everyday player, Carlson has improved in every offensive category. His outfield counterpart, Harrison Bader is an everyday starter because of his defense, not his bat. Carlson’s dazzling center field play has many fans forgetting Bader is the CF starter. Carlson is showing the league why he was worth a first-round pick. A pick many felt early and premature. Dylan’s raw talent can take him far, many think – to a superstar level.

Nolan Gorman: Gorman was brutalizing pitchers in the minors before he was called up. Gorman making the big team in 2022 was a given. Paul DeJong’s cliff-jumping accelerated the move. Once Nolan was up, he experienced quick success – homering often, driving in runs and playing a steady second base. Tommy Edman slid to shortstop to accommodate and make this happen. Major league teams have realized what the Cardinals already knew, Nolan Gorman is not going to start against left-hand pitching anytime soon. Someday, sure, but not in the immediate future. Can we call him an everyday player? Not every team has the depth of the St. Louis Cardinals, making that a big point of exposure for most squads. His power statistics are impressive, and he is only 22 years old. Nolan hits a home run 1 of every 5 plate appearances and 26% of his hits are home runs. This young man is strong, with a lightning quick bat.

Matthew Liberatore: Liberatore is Nolan Gorman’s childhood bestie. They came up together and were called up to the big leagues together. A love story like no other. Then being traded to the Washington Nationals together would really be something, wouldn’t it? That seems unlikely, as the perceived interest by Washington has weaned. He is currently the 44th ranked MLB prospect.

Matt’s numbers are less than impressive, but a small sample size does him no favors. His literal strength is facing left-handed batters, who are currently hitting .276 against him. The raw tools and abilities mean Liberatore is near the top of the rotation for someone, somewhere soon.

Jordan Walker: St. Louis Cardinals’ third baseman, Nolan Arenado is on record with the fans and the city of St. Louis, saying he will not opt out of his contract, thus remaining a Cardinal. Arenado strikes me as a man of great loyalty and conviction. Just a feeling. I do however think his competitive fire is at Kobe Bryant levels. Nolan’s next move may be decided in the next three days (Russell Crowe’s worst film ever btw.)

If the St. Louis Cardinals finish the season as a Wildcard team, or worse, Nolan Arenado’s wants and needs may supersede his loyalty to St. Louis. An aging Justin Turner is nearing the end of his Dodgers tenure, and California native, Arenado would be in the middle of pennant and title runs every season until he retires. That is a hard thing to say no to. I do however believe Arenado stays put if the Cardinals upgrade the team and win the National League Central.

Walker is listed as the 6th best prospect in baseball, stacked at 6’5 and 220 pounds. Scouts believe his power is only partially formed as he continues to grow into his tall frame. He is a solid fielder with above average speed, who finds himself on base a lot of different ways. Walker is the real deal.

Masyn Winn: The Cardinals seem determined to bring Paul DeJong back into the fold. Paul’s power numbers have surged in the minors, but the strikeouts and batting average have not improved. Paul is hitting .249 and has 52 strikeouts in 201 at-bats. I did not go to MIT, but I will try this one without a calculator. That is better than 25% at the minor league level. That will not translate well to the majors.

With all of that said, the Cardinals had settled in nicely to Tommy Edman at short and some combo of Nolan Gorman and Brendan Donovan playing second. Tommy Edman of course can play second base as well, which he prefers and DeJong and Sosa filling that SS gap if needed, which is what we saw most of last season, and the beginning of 2022.

Theory: The Cardinals know Paul is not much improved but is the logical choice if him and Edmundo Sosa are competing for shortstop. If Nolan Gorman is moved, Tommy Edman will slide back to second base, leaving a hole at short, therefore Paul DeJong will rejoin the team. This weekend.

This move tells us how serious the St. Louis Cardinals are about pursuing Juan Soto and acquiring talent. Masyn Winn is the 88th ranked MLB prospect, and that number keeps climbing. His bat is on fire, he steals bases, and the defense has been well showcased featuring his Henry Rowengartner-like arm.

The St. Louis Cardinals have never had an issue finding talent or drafting talent. The Cardinals refill the minor league supply automatically, always. Hence the title. Sure, there have been some questionable moves that have come back and bit the team, but for every Sandy Alcantara-Marcell Ozuna move there is an “off-limits” player like J.D Drew or Rick Ankiel. Players that could feed a franchise if dealt at their semi-professional peak.

This is the dilemma Major League baseball front offices find themselves annually, especially the St. Louis Cardinals. The “best fans in baseball” are impatient, but very vocal. Shockingly it seems split between, “go all in or Juan Soto” or “he is not worth that much.” I assumed the fan base would lean heavily to whatever it takes to land another superstar, and place him alongside Paul Goldschmidt and Nolan Arenado. If there was any doubt, I am team go all-in.

Since we cannot have baseball, let us have a little baseball. Ranked, in order are the 30 major league baseball stadiums from worst to first. 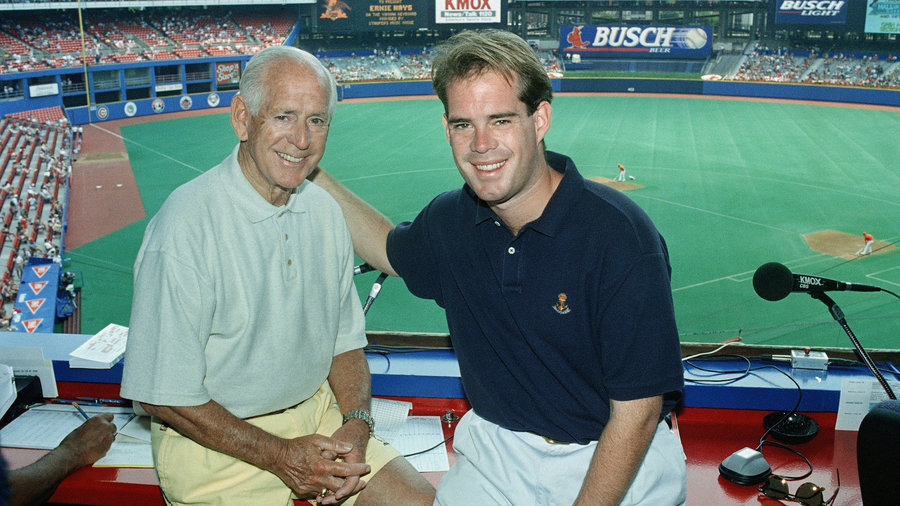 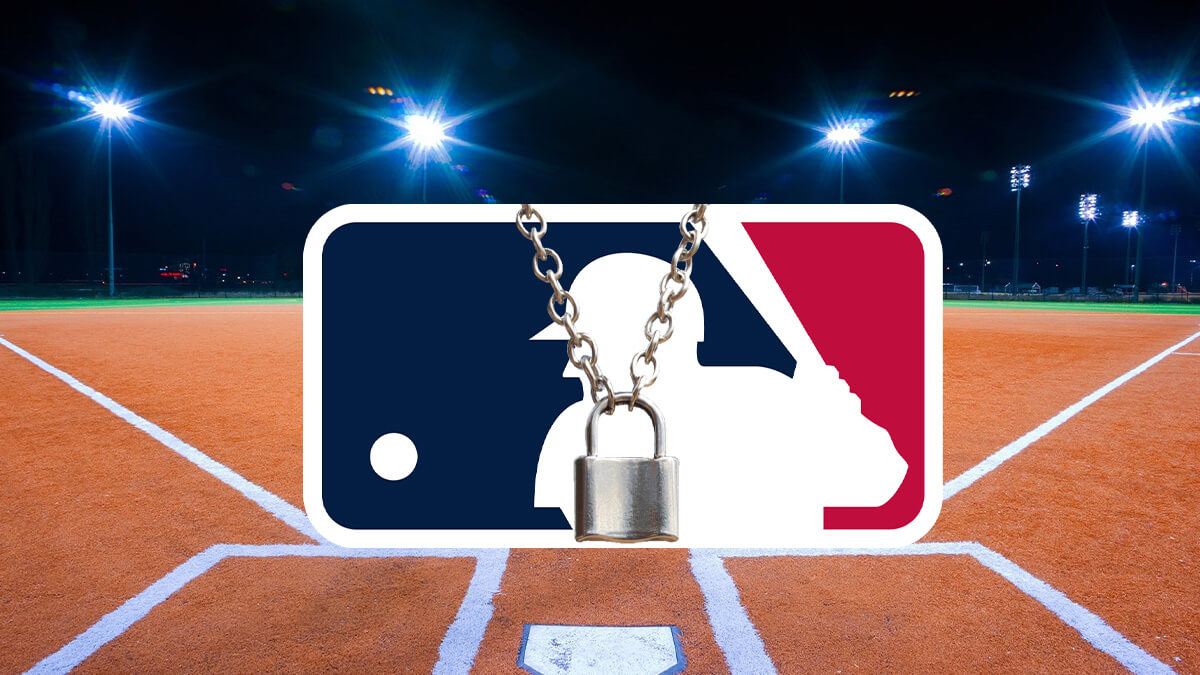