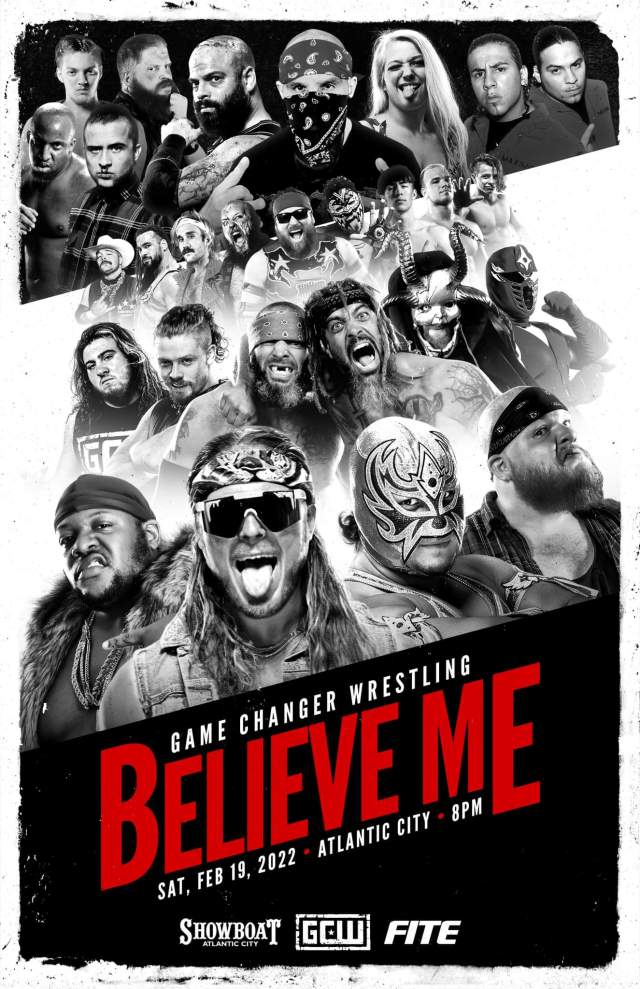 A match 20 years in the making, and another 5 star Briscoe affair. Shocker. SAT and the Briscoes really spoiled us with this 15 minute opener, as we saw Powerbomb Neckbreaker’s, Double Spanish Fly’s, and plenty of outside the ring carnage, but in the end, Jay Briscoe hit his Jay Driller to seal the deal for the Briscoe’s. Both teams show respect and hug each other at the end. SAT look like they haven’t lost a step, and fans will want to see them again, while the Briscoe’s continue their exciting run in GCW as free agents.

WINNER: The Briscoe’s via pinfall.

I’ll admit, this, like any other Blake Christian match, was the match I was most looking forward to. 3 months later, and I still laugh that WWE let this guy go, as he’s got “Superstar” written all over him, but that’s for another day. Initially this looked like a clash of styles a few minutes in, but according to commentary, Jimmy Lloyd had wrestled multiple times this week, and fatigue and injury were to be a factor in the match. Jimmy’s left leg gave way on a power-bomb attempt towards the end of the match, which made way for Blake to work some offense, and go on to win with a double-arm DDT for the win. Good match, and I don’t want Jimmy’s package piledriver to go unnoticed, that was an innovative move.

Another match where I felt I was getting spoiled too early, as Nick Wayne caught my eye at the last GCW event. Before the match, it was announced that Nick Wayne is now “All Elite,” and has signed with AEW, which made me embarrassingly fist pump from my couch. (Also, I had no clue of this news, and tweeted about it, to which a kind gentlemen on Twitter sent me an awesome video of Darby Allin offering Nick an AEW contract in DEFY wrestling. Definitely worth checking out.) Jordan was the apparent “heel” in this match, with his chops from the gods to Nick’s chest, and showboating, but after 3 minutes of back and forth between this two, the crowd was equally behind both of them. Super Kicks, Acid Kicks, Flip Kicks, were on display, as well as an impressive double move where Nick hit a Dragon Suplex, and then turned in a Fisherman Suplex. I’m personally not a fan of roll-up victories, especially after a match as exciting as this, but it didn’t take away from the match. Can’t wait to see Nick in AEW, and hopefully more from Jordan here in GCW.

This match kicked off GUNS BLAZING. Over the rope/outside the ring action was in abundance. Chairs and doors were broken. Crowd emphatically “ooohed & aaaaahed” the entire match ASF continues to empress me with his Juventud Guerrera style antics. At one point, he stood on a teammates shoulders, jumped to the top rope, THEN bounced on the opponents outside the ring. Effy has a clear pop from the fans, and really impresses me as his in-ring work seems bigger than his physique; Pulls off a lot of “how did he do that?” Highlight, for me, was when AJ Gray entered to ring, masked, with the commentators puzzled, and we had a Ninja Mack versus Ninja Mack showdown for a few minutes. Crowd absolutely loved it. An impressive spike tombstone, turned into a splash from the top rope, to seal the deal for The Second Gear Crew. A surprising card-favorite of mine.

Nick cuts an in-depth & very real promo saying how many people he’s lost this year, his real-life brother, and brothers inside the ring, how much he self-reflected at home and thought about retiring and giving up, but ultimately decided to keep going, because of his loyal gang. (At one point, he said he’s alone, having no wife or kids, and the crowd chanted “you’ve got us,” which was really cool.) John Wayne Murdoch & Reed Bentley head into the ring to confront Nick Gage, and call out/trash talk Alex Colon, who was revealed as injured, and couldn’t wrestle tonight for their scheduled tag match. This leads to Orin Veidt & G-Raver appearing, smashing light tubes on their backs, to kickstart the next match.

I would love to see the Home Depot bill after this match. Light tubes, panes of glass were shattered over all 4 men throughout this match, chair shots were crushed, and all 4 men were busted open, as expected. Both teams took turns gaining advantage, while shattered glass in the ring took it’s toll immediately on even this simplest of moves. I don’t know how these guys do it! In the end, Murdoch hit his destroyer through, you guessed it, more glass, for the W. I will never change a light bulb the same after this match.

-John Wayne Murdoch as a heated argument with Alex Colon after the match, calling him a “part time bitch.” The two exchange words and set up a future match at Spring Break.

-This leads us into a 15 minute break for the second half of the card.

These types of matches are hard to pull off, but these two did it well. Billie showed off her athleticism all throughout the match, with multiple tope suicida’s, Swanton’s, suplexes, and 2nd rope flips. Cole has some Rick Steiner to his game, and pulled out a nice Butterfly Suplex at one point. Billie executed a smooth Swanton Bomb at the end to score the win. At the end, Billie goes to shake Cole’s hand, to which he walked away, and I thought he was going full “F you.” He then turned around as they hugged each other to bring the match to a peaceful end.

A friend of mine told me to keep my eyes out for Dorada, and within 30 seconds, I had no choice but to. Lots of fun over the rope/in the crowd action in this one, using the crowds actual seats to their advantage. My favorite moment was when Mascara pulls off a sick headscissors while The Bad Boy is sitting on top of the corner, and flings him into the ground and through a door. (How awesome is it that GCW uses doors as weapons?!”) Janela was no slouch in this one himself, and has gotten into incredible shape. He pulled off a Deadlift German Suplex and hit Mascara with a deadly piledriver, which I thought for sure was the end of the match. Some more back and forth, and in the end Dorada hits Janela with a Airplane Spin to ice the win.

Upon entering the ring, it looks like these guys have already wrestled a few matches tonight, as they have scars and bruises from careers of death matches. The Lowe’s bill didn’t get any cheaper, as light tubes were smashed aplenty. A barbed wire bat was the first weapon to be used, as Tremont ironed the bat on Hoodfoot’s forehead to start the bloodshed. Next, there was a bar style slap fight outside the ring. Both men sat in chairs from across each other, and dared each other to hit them in the face, to which each obliged, with Tremont eventually getting punched out of his seat. Light tubes were the next weapon up. Tremont broke a tube over Hoodfoot, to which Hoodfoot then smashed the broken end of the tube into Tremont’s forehead. After a some in-ring action, including the two head-butting a light tube into each other, Russian leg sweeps onto the aforementioned shattered glass, and all out war, Hoodfoot summons a barbed wire door to the ring. This ends up backfiring, as he sets up two chairs, with the door laying across, goes to the top rope with Tremont, only to be head butted by Matt, and sent through the table himself. After kicking out of a pin attempt, laying out some suplexes, and smashing more light tubes, Hoodfoot ends up pinning Tremont as his body seemingly gives way to the shattered glass. Matt takes the mic and gets the fans behind Hoodfoot, as Hoodfoot thanks him for the kind gesture, as we close out Believe Me.

GCW wraps up a loaded weekend in Atlantic City, with “Don’t Tell Me What To Do” on Fite tv later today. 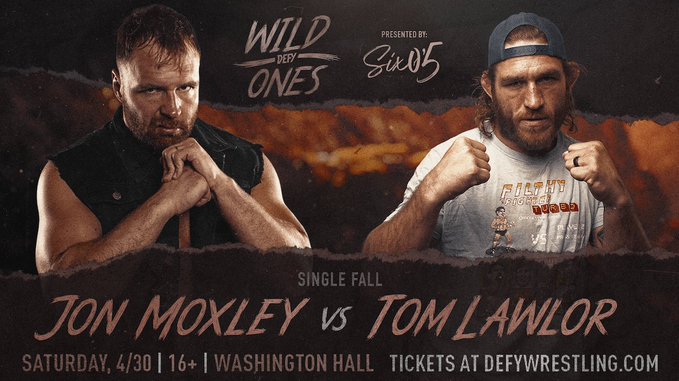 We are under a month away from “Wild Ones,” and Defy has begun to unleash some of this exciting card on us. The event will 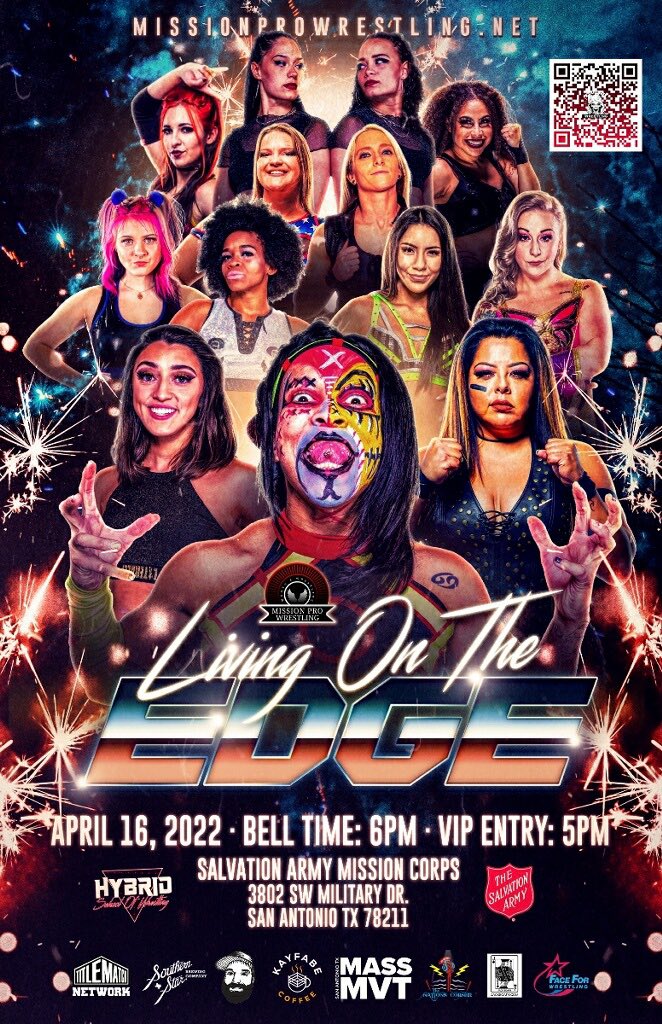 Name your favorite women’s wrestler, and maybe even fill out a top 10 list, and chances are, Leila Grey has squared off in the ring